Delighted to say we have a new single being released on JATJ Records soon called Waves. Recorded at OX4 Studios with Mark Gardener, this is an upbeat tune perfect for the last throws of Summer. We are also playing three special UK shows around the release. Details and tickets. 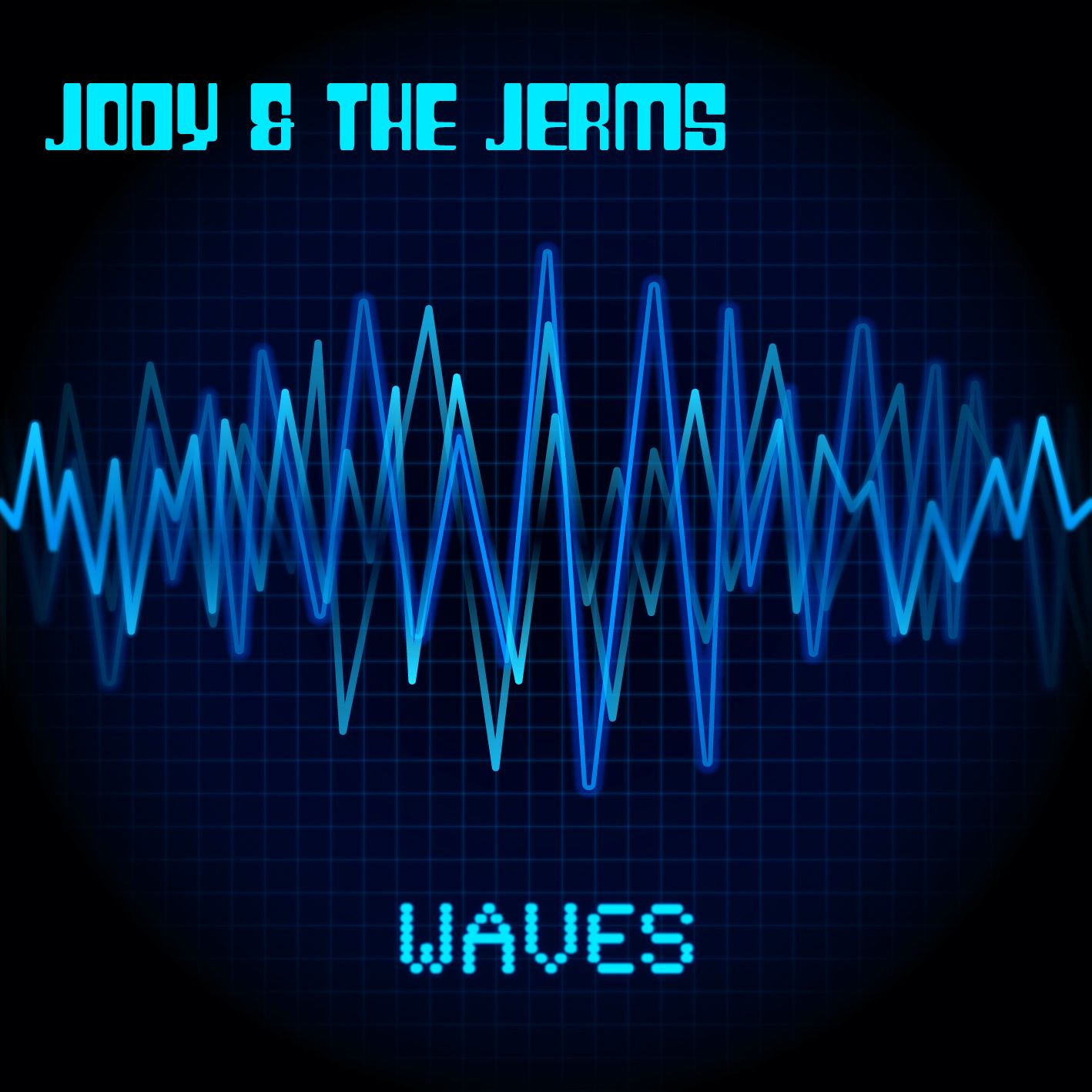 Formed in Oxford, England, in the Summer of 2019, Jody and the Jerms have been writing, recording and playing their  blend of melodic and uplifting indie/alt rock ever since - with national airtime on Radio X (UK), Sirius XM (USA), RTVE (Spain) and BBC 6 Music, BBC Introducing, BBC Wales and BBC Ulster. 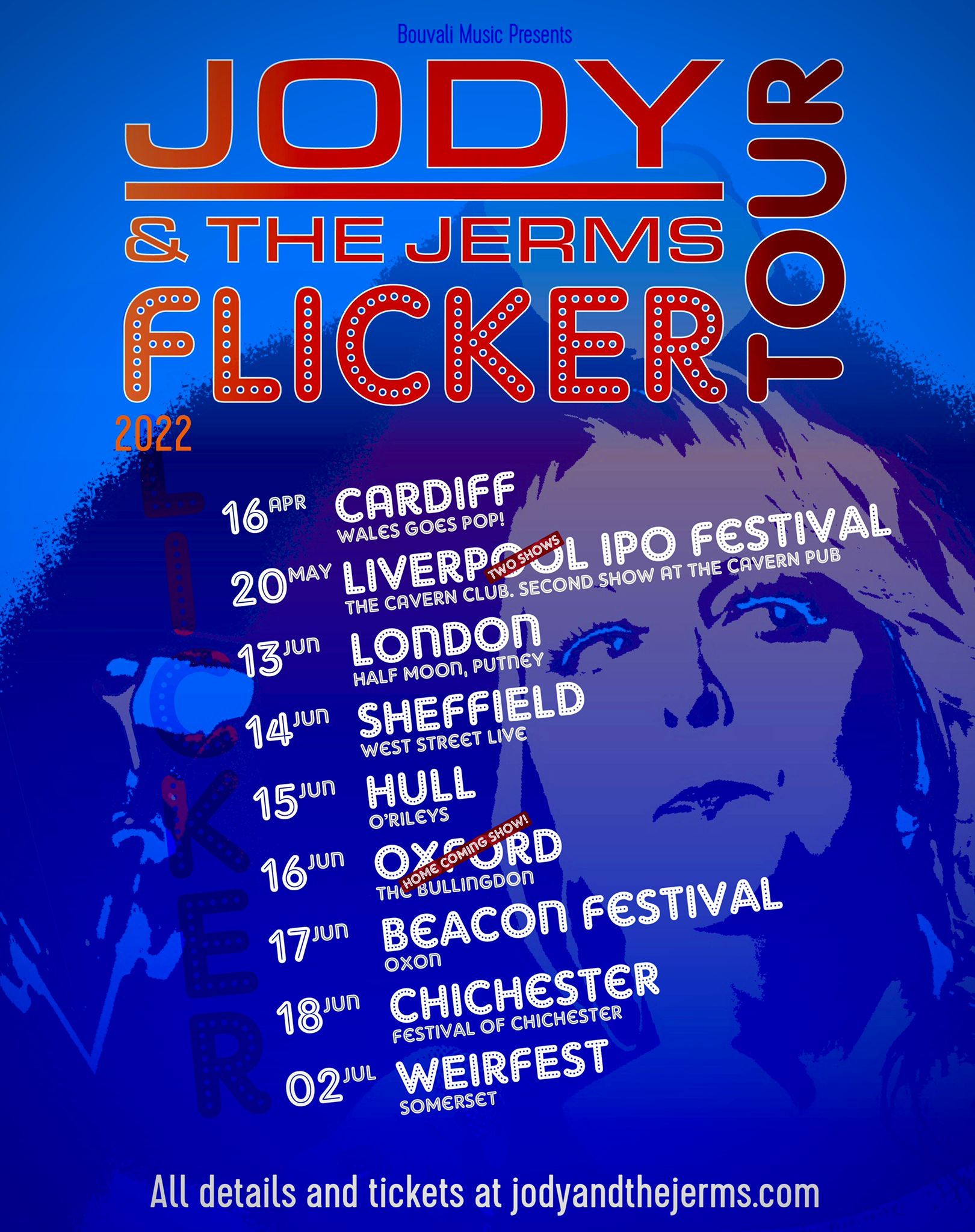 ‘Flicker’ shows the band have now fully formed and are at the top of their A game. Have no doubt in the Covid-free festival years we have ahead, this flicker won’t be so secret, and will become a welcome and liberating flame.
Nightshift Magazine (March 2022)

"A rich and diversely entertaining album, Jody And The Jerms more than Flicker, they sparkle continually with ambition and poise."
Liverpool Sound & Vision (March 2022)

"Jody had to be coerced into singing, and she does it really well. It's good isn't it!"
Janice Long - BBC Wales (April 2021)

We've had a great week that got going when Frank Skinner kindly played Counting Dreams on his Absolute Radio show. That same Saturday evening we played a sold-out show in Bridport, Dorset, with The Chesterfields in a 200-year-old Lyric Theatre…

We've just taken possession of a live recording of our recent single The Harder I Try recorded live at The Bullingdon in Oxford in June as part of our Flicker tour. We were buzzing that night and enjoyed it sooooooooo…

After our tour in June and July, and the quickfire release of The Harder I Try and Counting Dreams, it was a quiet month of August, with us Jerms off on holiday. Jody and Niall came back with a nasty…

Thanks to everyone who came along to our UK Flicker tour. We had the best time and met some amazing people along the way. There's a lot to be said for sharing seven days together in a van and playing…

Well that was an amazing week! Two shows at The IPO Festival in Liverpool's Cavern Club. Thanks everybody who came along. And we found some time to celebrate Jody's birthday too. Then it was down to OX4 Studio in rural…

We've got two new songs for April and you can hear them right now!

Bare releases this Friday (April 15) and is a 2min.40sec slice of sunshine, our first time with a brass section. It's already been played on RTE1…

Busy as always. We were in Safehouse Studios in Oxford over the weekend recording two tracks.

1 Bare. This is definitely a spring/summer single and sees us with a brass section for the first time ever - exciting!

We are delighted to say that our album Flicker is out right now. This is a culminations of lots of writing and recording over the past 15 months so please have a listen and enjoy. There are some uplifting and…

Lots going on as ever! The new album Flicker is out March 4. Pre-order it now and get a copy of Spinning on Vinyl 7 for free!

Heavenly is the lead single from it which has had some…

Delighted to say you can now buy Spinning on vinyl.

Our new single Shiver (listen here) was released on Friday and blew the roof off at our our show in Oxford the very same evening. Thanks everyone who came along. It was a night to remember.

We have THREE singles coming out. 3! Three brand new songs written in September - with Heavenly…

That's our little mini tour for September done and dusted.

4 shows, all nice and busy, and we met lots of lovely people too who had traveled far and wide having heard us on the radio over the Summer. Thanks…

So on Monday night we did a show at the Half Moon Putney which is a fantastic venue. The sound was immense, lovely staff - and it felt so good being back on stage inside. And the dressing room (always…

Hi - our last single Spinning is doing so well which we are really pleased about (obviously). Thanks for all the support from DJs, producers, bloggers, fans, friends and family.

On top of that we are starting to announce more…

Well - you wait 19 months for a gig to come along, then two come along together!

Sept 6: London - The Half Moon Putney

Also - we are doing a special charity…

Spinning - that's the name of our new song that is released July 9 - but we will share with our friends and fans well before then. Stay tuned for 2m.45s of JATJ's sharp, punchy jangle/indie/pop/punk melody. We…

So our new EP SENSATION released on May 10 and we are blown away by the response from everyone!

Here's a poster! With some nice quotes on it!! Seriously though - we are really pleased with the reviews and radio plays Sensation has been getting in the last week or two x

Delighted to say we have a live date in the diary. This is our second ever gig that was postponed from April 2019.

Here's a short preview of the song Sensation - the lead track from our EP Sensation that is released May 10. See what you think. Fast, frantic, and upbeat, with some very honest lyrics...

We will preview another track next…

Now pubs (outside) are open again in the UK, it's no coincidence that we are planning in some rehearsals and general long over due get togethers. We might even get some proper band pics done. Until then...

So 4 new songs recorded and mixed - each very different but all very Jody and the Jerms! Written in February and March and recorded (following Covid protocols) over the course of last week at Woodworm Studio in rural Oxfordshire… 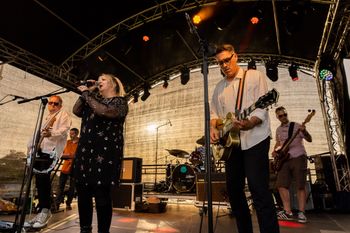 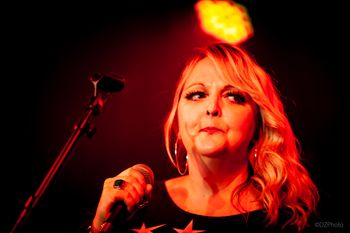 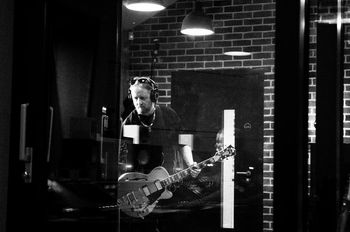 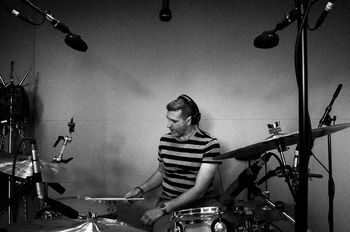 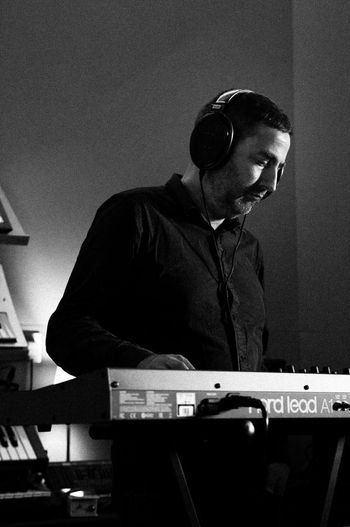 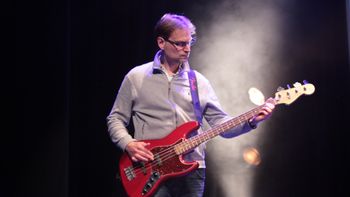 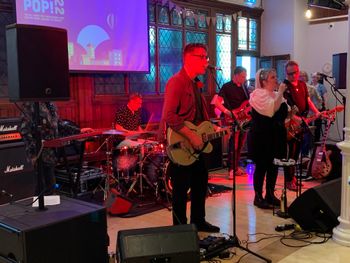 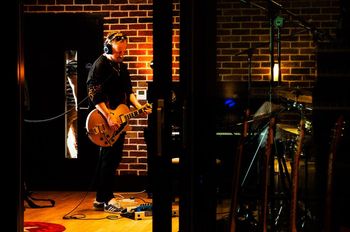 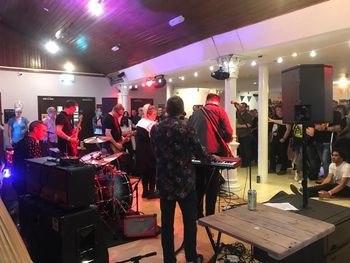 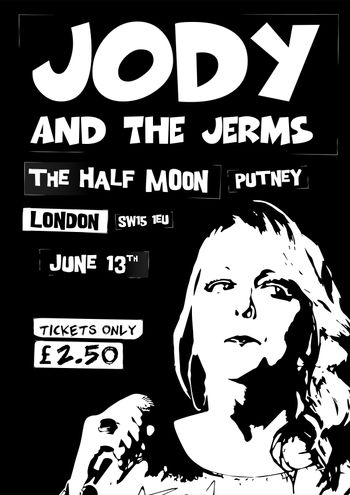 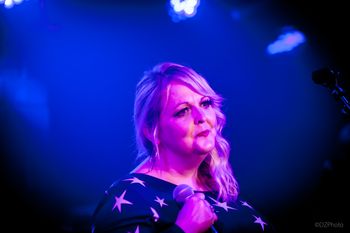 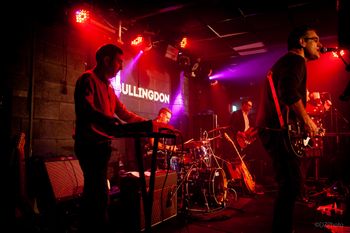 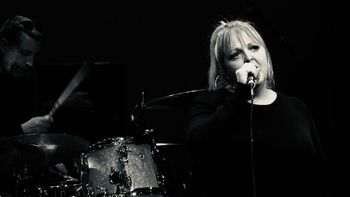 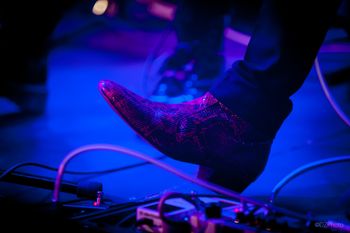 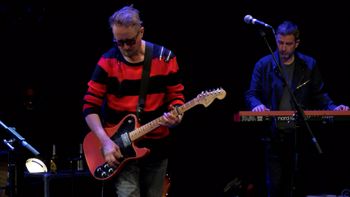 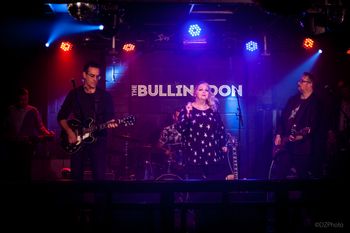 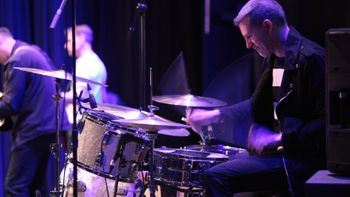 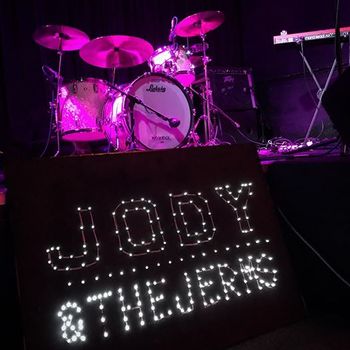 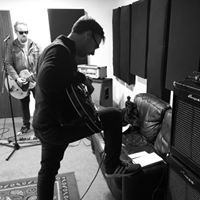 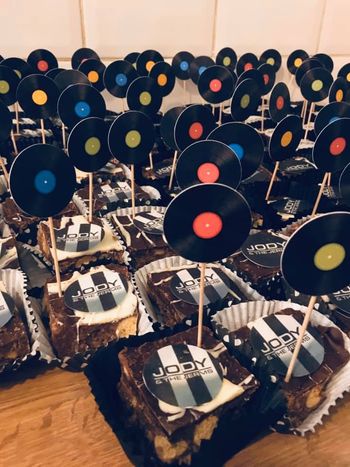 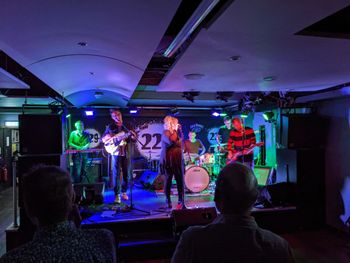 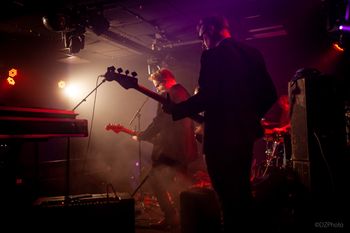 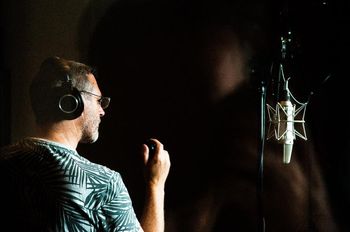 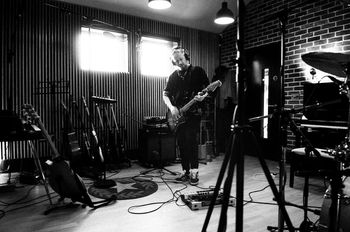 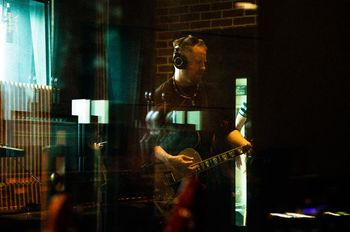 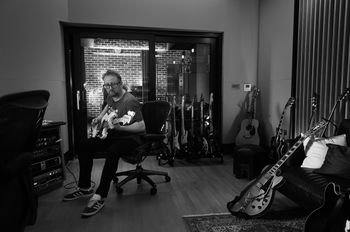